Tim Serewicz, Senior Instructor for the Linux Foundation, shares his background in this month’s ‘Meet The Community’ post. From playing NetTrek in college to working for several top tech companies, Tim has experienced the evolution in computing. Despite all the changes, one thing stays consistent-his love of teaching.

I grew up in a small Midwestern town with a teacher and a professor as parents.  They instilled a healthy sense of investigation, study, and curiosity which helps a lot with emerging open source technology. Growing up I never thought I would end up in education or technology, even as I tried to get games to work on the TRS-80 and Commodore 64.

I first saw UNIX when looking for the word-processor lab in college. Having walked into the wrong room I found several people typing furiously and discovered that none of them were doing school work. They were playing an early online multi-player game called NetTrek. I had played the game against the Ti-85 paper-tape calculator in high school and was excited to be able to play it interactively with others.  At the time there were not many useful websites in existence so I learned from reading man pages. Amazing how much time and effort I put in to get the game to work. After basic use, I learned how to tune the operating system and network configuration to avoid lag and do better in the game. All of this came in handy once I graduated from college and needed a job.

My first job in IT was with a small company in Chicago, supporting other small companies. A friend helped me get an even better job so I moved to Denver and worked for IBM on the Lucent account. While I learned a lot about huge production environments it wasn’t a great fit, with a very narrow set of tasks, done over and over. I transitioned over to USWest and worked in midrange production support for the BRIDGE team.

From 8 PM to 6 AM, Saturday to Tuesday I worked as part of a two-person team supporting 2400 midrange systems spread across 14 western states for the phone company. With full root access to everything, my task was to minimize downtime and fix anything from firmware to hardware to operating systems. The job was high-stress but never dull or repetitive, and for the next two years, I went from issue to issue on five flavors of UNIX, twenty different hardware types, and countless subsystems. While I enjoyed the challenge over time I found I enjoyed training my co-workers more than fixing the systems themselves, and working over-night was difficult for the work-life balance.

I transitioned to an IBM training partner and began teaching AIX as part of instructor-led training. When IBM invested in some Linux distributions I was “voluntold” I would be teaching and helping develop IBM’s courseware for Red Hat Linux. After teaching, development, and helping run a three-room training center, I was told there was no chance of advancement. So I became a trainer for Sun Microsystems. For the next three years, I taught every Solaris course and SPARC hardware course for Sun, as well as became the backup administrator for their remote learning data center (RLDC). The job required near 100% travel which allowed me to see much of the world. It also allowed me to enjoy SCUBA diving, my favorite activity, in some great locations I would never have been able to visit otherwise.

When Oracle bought Sun I transitioned back to working for Red Hat, which was running their own training finally, and continued as an RCHX for several courses. I also moved to Austin, Texas to enjoy the mild winters. When Red Hat outsourced their training I worked for a few startups in Silicon Valley working with Hadoop and NoSQL, among others. Near the end of 2012, I got a call from the director of Training for The Linux Foundation and began teaching for the foundation in 2014.

Starting off with teaching OpenStack, I continued to teach the Linux System Administration courses.  I enjoy working with the Foundation and appreciate the ability to evangelize about open source technology and support the Foundation members.  Most of my time is spent at home as the courseware developer for the open-source virtualization course and Kubernetes courses, which have constant fast-paced change. 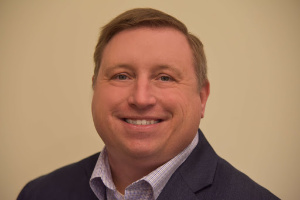