Introduction to GPIO in Embedded Linux

Introduction to GPIO in Embedded Linux

There are many challenges in embedded programming from the mundane to the complex. One of the foundational kinds of interfaces between the CPU and other hardware is the GPIO pin. A GPIO, or “General Purpose Input/Output” is a programmable digital pin that allows you to implement either input or output. They have no default behavior but can be configured in a number of useful ways. They are often shared with other embedded buses which further complicates how you choose to use them at any particular time. This webinar covers GPIOs in general, as well as using GPIOs in Linux from within the kernel as well as from userspace. 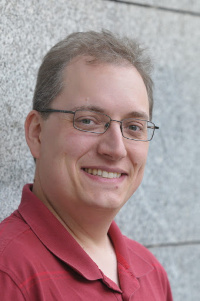 Behan Webster (Senior Instructor @The Linux Foundation) is a Computer Engineer who has spent more than two decades in diverse tech industries such as telecom, datacom, optical, wireless, automotive, medical, defense, and the game industry writing code for a range of hardware from the very small to the very large. Throughout his career, his work has always involved Linux most often in the areas of kernel level programming, drivers, embedded software, board bring-ups, software architecture, and build systems. He has been involved in a number of Open Source projects including being an early contributor to Debian Linux. Currently, Behan is the lead consultant and founder of Converse in Code Inc, an embedded Linux engineer, Yocto Project Ambassador and former project lead working on the LLVMLinux project as well as being a Trainer for the Linux Foundation. He has previously spoken at various Linux Conferences: Collab/OSLS, ELC, ELCE, OSSNA, Linux.conf.au, SCaLE, FOSDEM, Linaro Connect, LLVMdev.