Learn more about the Linux kernel in this free “taste of training” from The Linux Foundation’s Training Program Director Jerry Cooperstein. Generating Kernel Core Dumps is a brief tutorial that discusses the interaction of kexec and kdump, how to configure your system to generate kernel core dumps and examine them with the crash utility. 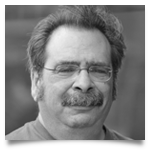 Jerry Cooperstein has been working with Linux since 1994, developing and delivering training in both the kernel and user space. For the better part of two decades, Cooperstein worked on problems in nuclear astrophysics including supernova explosions, nuclear matter and neutron stars, general relativity, neutrinos and hydrodynamics at various national laboratories and universities in the United States and Europe. During that time, he developed state-of-the-art simulation software on many kinds of supercomputers and taught at both the undergraduate and graduate level. Cooperstein joined the Linux Foundation in 2009 as the Training Program Director. He currently lives in Wisconsin.