How to Contribute to the Linux Community

How to Contribute to the Linux Community

The Linux kernel, at over 6 million lines of code and well over 1000 active contributors, is one of the largest and most active free software projects in existence. Since its humble beginning in 1991, this kernel has evolved into a best-of-breed operating system component which runs on pocket-sized digital music players, desktop PCs, the largest supercomputers in existence, and all types of systems in between. It is a robust, efficient, and scalable solution for almost any situation. With the growth of Linux has come an increase in the number of developers (and companies) wishing to participate in its development. Hardware vendors want to ensure that Linux supports their products well, making those products attractive to Linux users. Embedded systems vendors, who use Linux as a component in an integrated product, want Linux to be as capable and well-suited to the task at hand as possible. Distributors and other software vendors who base their products on Linux have a clear interest in the capabilities, performance, and reliability of the Linux kernel. And end users, too, will often wish to change Linux to make it better suit their needs. Join Jon Corbet as he helps developers and their managers learn more about participating in the Linux community and how to avoid frustrating experiences. 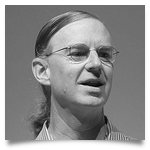 Jonathan Corbet is a Linux kernel contributor, co-founder of LWN.net (and the author of its Kernel Page), and the lead author of Linux Device Drivers, Third Edition. He lives in Boulder, Colorado.