Clyde Seepersad, General Manager for the Linux Foundation, shares his background in this month’s ‘Meet The Community’ post.  He discusses how growing up in the Caribbean and being raised by educators has influenced his career with the LF.

I’m from a long line of educators, my grandfather and mom were K-12 school principals, and after a decade as a management consultant I came back ‘home’. I was new to open source when I joined LF so jumped into the deep end by running Linux (and only Linux) on my laptop. It’s been a fascinating journey to see so many great projects rise and take their place alongside Linux as pillars of the tech infrastructure.

I grew up in the West Indies (think Cuba but further South) so being able to put together programs at LF that reach users in both developed and developing countries has been very rewarding. Just this year we’ve worked with local partners to run big (free) workshops in Zambia and Kenya to help create more capabilities in countries that aren’t yet at the forefront of technology.

Being at LF reminds me every day of the power of technology. We’re an entirely virtual organization – everyone works from home. Not only does that allow us to hire the best people regardless of where they live, but it also allows us to better balance our private and work lives by providing flexibility to schedule around personal commitments. Though there’s no water cooler to hang out by we do have several lively Slack channels.

I live in Austin, TX which makes it nice since so many folks are in tech but houses cost a quarter of what they do in the Bay Area! It does get hot in summer but you can always go swimming in the Highland Lakes and I’ve never had to shovel the snow from my driveway. 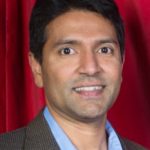 Clyde brings a strong track record for growing businesses to the LF.  During his tenure, he has steadily worked to expand our course catalog, including a full library of free courses offered through edX. Clyde’s international experiences living in multiple countries as well as studying as a Rhodes Scholar at Oxford shape his objective to make the Linux Foundation courses and certifications accessible to students worldwide.